Play is the Work of a Child


I love toys. And I totally believe that they contribute to learning. Holt and Montessori shared the belief that play was a child’s work. They both addressed this differently; while Marie created child-sized tools, John made space, room, and resources available to the child so that they could “work” (which is to say, “play”).
We’ve had toys in our home for over 2 decades, including obscene amounts of Barbies, Bionicles, and other consumer-oriented icons of middle-class America. And while I don’t often personally purchase the aforementioned plastic purveyors of a consumer-oriented culture, I don’t obviously throw them away either. But when I’m choosing the playthings, I am all about open-ended, creative play.
When we lived in sunny southern California, with a pool next door and a huge sandbox out front, toys equaled lots of buckets, shovels, and pool toys. Some of our kids got older and we moved again and my Mom bought the kids an X-box. We traded it in for a huge trampoline. One of the BEST. TOYS. EVAH. We’ve had one for about 15 years and have had no broken bones or serious accidents. As a former lifeguard I set the rules and have zero tolerance for those who don’t follow them. You break the rules, you’re off the tramp.

The trampoline has it’s own culture and games: crack the egg, blind man’s bluff, etc. It is also the best place for kids’ summer birthday party picnics, family stargazing late at night (BYOB- bring your own blanket), and summer reading.

In addition to the trampoline, our family has loved and invested in:

None of these are cheap, except the proverbial box, and we haven’t been rich (not even close) but we’ve amassed great amounts of each. How? Often 2nd hand (including online; throw out a “WTB” on a well-trafficked home school forum and see what happens), occasionally gifts, toy store closings (I amassed a HUGE box of specialty Lego parts for $15 in a shrewd negotiation during a toy store closing several years ago) and the extraordinary uber sale (I found the Pyramid Play mobile set for 70% off last summer – hello Christmas!).

As for the boxes, we buy in bulk, so we have a steady supply, but if you are looking for super duper large boxes, contact your local appliance store. We collected about 20 one year and Dr. Dh built a 2 story, castle-shaped fort in the backyard for Feeche’s birthday party. It was still standing 10 days later for KB’s and the kids – about 20 of them, had the time of their lives in that thing! Our kids regularly decorate, paint, and cut up boxes to create who-knows-what. But seriously, don’t underestimate the potential of this humble, time-tested toy.

My paternal grandmother, Audrey ruled the game table, though never at cards; she was Plimoth Brethren after all. Besides that, we spent many, many happy hours at my grandparents lakeside cottage playing croquet during languid summer afternoons and then in the evening at card-tables playing Rook and Aggravation and a host of other games I can’t remember the names of with my great aunts and uncles (whose names and love I do remember)  and eating homemade apple pie and candy out of dishes. Sweet, sweet memories of my Tribe. Besides the love and the pie, which were de rigeur, one always knew that Grandma ruled and if you were at her table you were just a warm body to justify her winning. Chinese Checkers was her specialty.
So what do games have to do with education?
Well, plenty; like how to be a gracious winner and an affable loser. How to negotiate alliances, cut your losses, take risks, be judicious, and put in time with people when you’d much rather be surfing or doing laundry. You know, sometimes you just need to show up and play games, even when you don’t want to, or it’s difficult.
As for our family, we don’t play a lot of games but we like to win when we do. 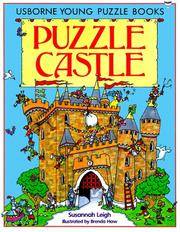 I have some puzzlers in my midst but apparently Flower and I are the only ones who really like to work puzzles. We do once about every decade and a half. Flower still loves the Geography Puzzles. A rocking way to learn the world.
And all of the kids have gone through a serious Usborne Puzzle book addiction- from my years as a UBAH consultant- we own all of them and they’ve gone through 5 kids, several cross country moves, and a house fire and are still being puzzled through. We also loved their dot-to-dot and maze books. Every one, terrific!
Perplexors – deductive reasoning for the stalwart souls. We love perplexors!
What are your favorite Toys, Games, and Puzzles? Do tell, ’cause I’m always on the look-out for more!